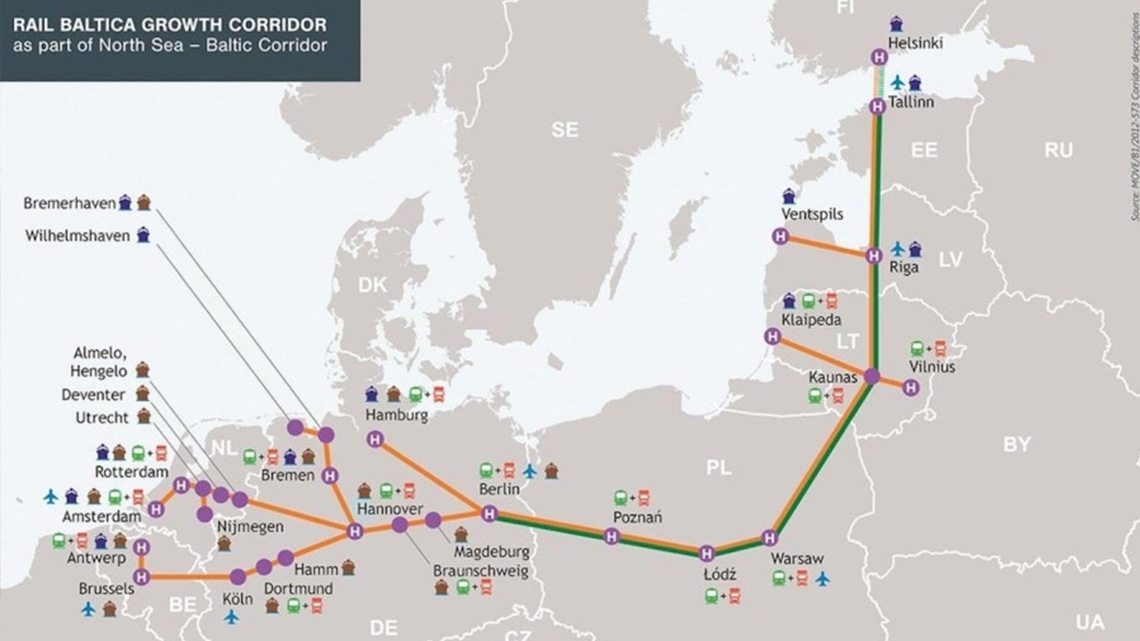 The Spanish public companies Renfe and Ineco advance as a team together with the German DB Engineering & Consulting, to obtain a leading role in the development of the Baltic Rail that will link Estonia, Latvia and Lithuania.

The Spanish-German association has been pre-selected for the shadow operator, and they compete with the French SNCF and the Italian Ferrovie dello Stato (FS). All of them will present their offers during the first quarter of 2021.

The winner of the contest will carry out consultancy work and advise the project promoter, RB Rail, on issues related to the design of the line, the operational and commercial exploitation model and the demand studies, which creates the integral structure in this project whose investment is around 6,000 million euros.

The completion of the works is estimated between the end of 2026 and mid-2027, at which time RailBaltica will connect to the North Sea-Baltic corridor, creating a network between the three Baltic countries and other European countries, via Poland, Germany, the Netherlands and Belgium. It will also cross the Baltic-Adriatic Corridor at the height of the Polish city of Warsaw.

In the longer term, Rail Baltica will be an essential piece in the project to create rail routes between Europe and Asia.

This presents a great opportunity for large Spanish and European engineering and construction companies, behind which other smaller ones also participate. At Deltana Engineering we are proud to collaborate in this important project since its inception with the development of BIM Models, but where we intend to go further with our services for BoQ (measurements) / shop drawings / Steel Detailing (Bar Bending Shecule) among others.