Deltana strengthens its presence in Norway 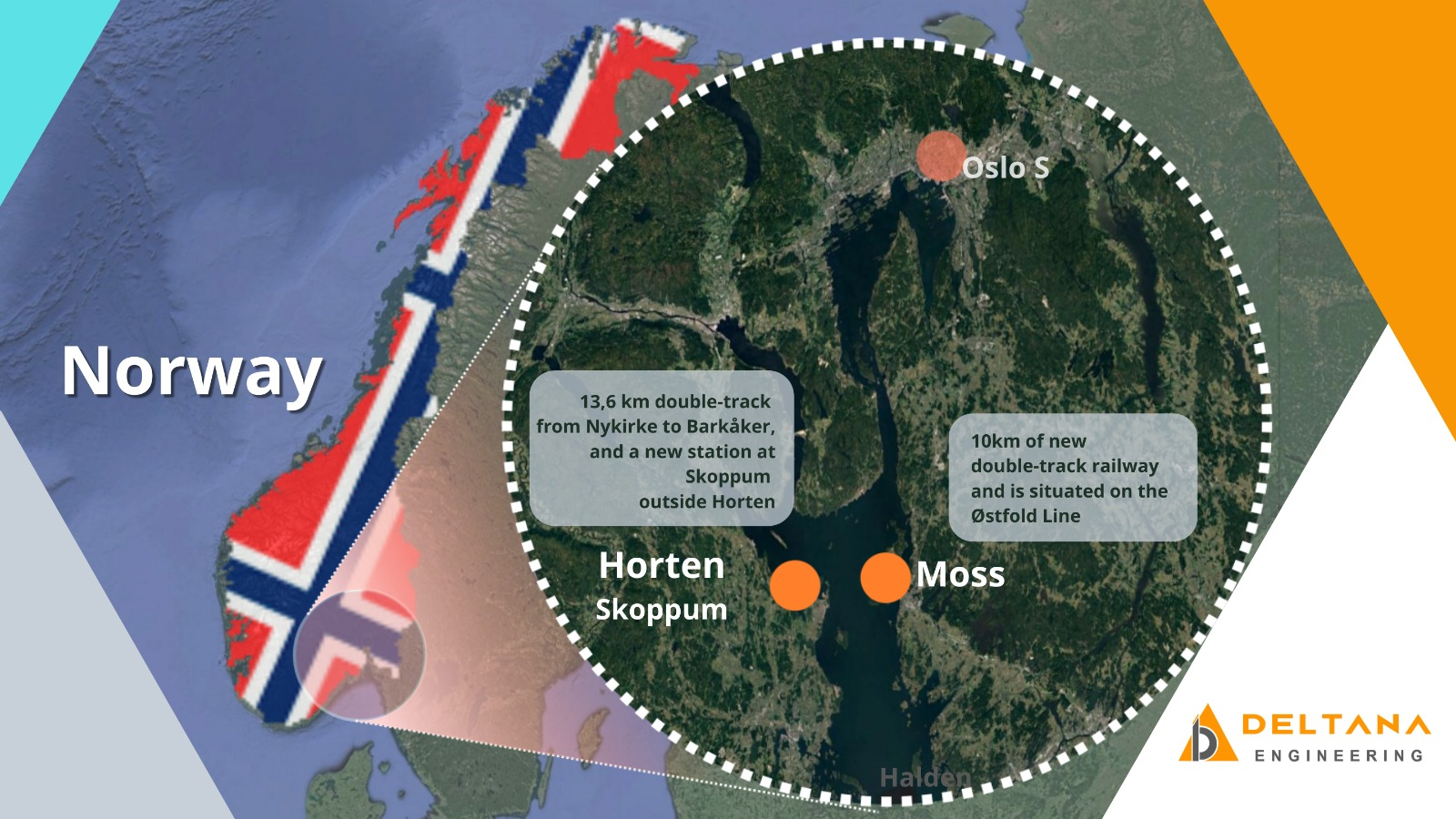 Deltana strengthens its presence in Norway

For the second consecutive year Deltana Engineering supports important projects in the Nordic country in works of great importance sponsored by Bane NOR, the state company responsible for the railway infrastructure in Norway.

Our technical team develops activities related to the audit and validation of quantities takeoff of work executed by subcontractors in two railway sections whose execution is the responsibility of different international consortiums awarded the section that pass through the city of Moss and the one between the towns of Nykirke and Barkaker respectively.

In the technical support developed in these projects, Deltana Engineering has adapted to the application of the Norwegian standards R761 “Standard description for road contracts” and R762E “Standard specification texts for bridges and quays”. In this context, our company has developed great potential to delve into the Norwegian market in support to the work technical office in activities as diverse as extraction and validation of quantities, preparation of executive plans (Shop drawings), steel reinforcement detailing, Bar Bending Schedule (BBS), support in updating and modifying BIM models, preparation of "as build" plans, etc.

New opportunities arise in the Norwegian market, with large-scale projects about to start, such as the case of Sotra Connection, a network of roads, tunnels, bridges and viaducts in the western Norwegian county of Vestland recently awarded to an Italian company and others whose tenders are yet to be defined as highways E10, E39 and the extension of E18 under the responsibility of the Norwegian state-owned highway planning, construction, operation and maintenance company Nye Veier.

Norway is just one of the emerging markets in which Deltana Engineering has been focusing its commercial strategy, which also includes Canada, the United States and Australia, among others.

The 12 principles for delivering value, according to the PMBOK® Guide 7 - Priciple No.6

The 12 principles for delivering value, according to the PMBOK® Guide 7 - Principle No.5

The 12 principles for delivering value, according to the PMBOK® Guide 7 - Priciple No.4

The 12 principles for delivering value, according to the PMBOK® Guide 7 - Priciple No.3