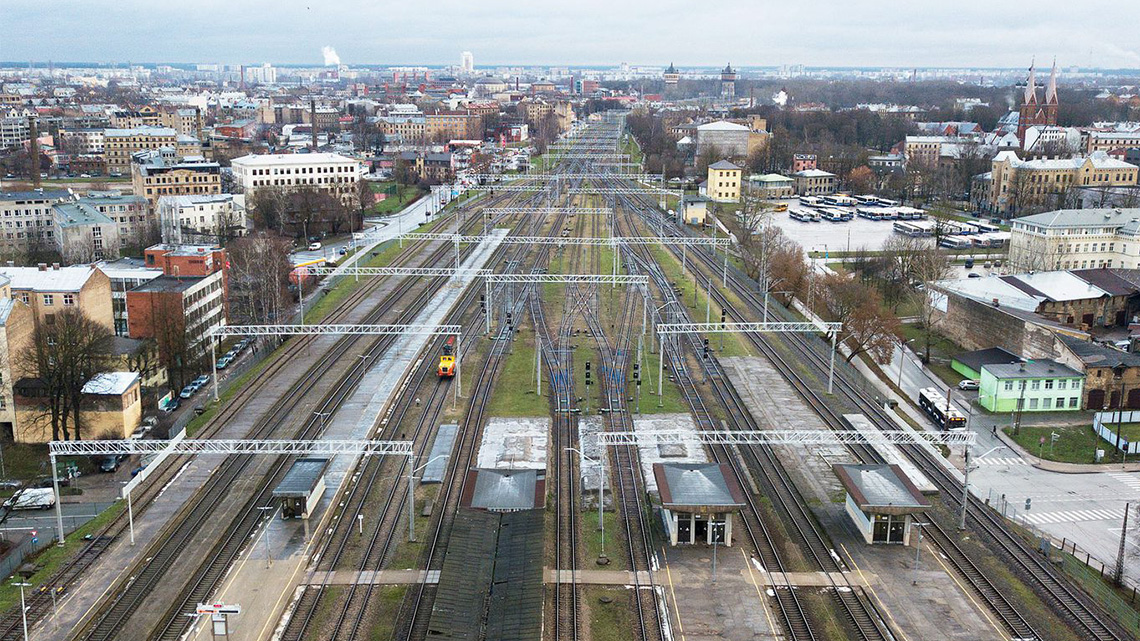 Although the official event of the start of the works took place in November 2020, it is in this beginning of 2021 when the first works to close the streets and traffic diversions in the center of Riga take pace. The municipal authorities have already announced the streets that will be closed and the route changes due to the initial works for the construction of the new central station in Riga within the Rail Baltica project. Riga Central Station is the first batch of the entire most advanced project as construction work has recently started.

The Riga central station works of the "Rail Baltica" railway project include the construction of the central train station complex and the adjacent infrastructure.

Works in the center of Riga are planned in successive stages. During construction, the train station and bus station will continue to operate.

The BERERIX consortium, in cooperation with the responsible authorities of the city of Riga, is preparing plans to organize traffic and pedestrian flow to minimize the impact on movement in the vicinity of the first construction site, which will be located on Gogo ena Street. , in the square adjacent to the Ministry of Transportation.

The cost of Rail Baltica is expected to reach 5.8 billion euros, including the segment that was decided to build between Kaunas and Vilnius. Part of the costs will be covered by funds from the European Union. The Rail Baltica railway line is scheduled to be ready for traffic in 2026.

At Deltana we are very happy to be able to participate in this great project that will mark a milestone in rail infrastructure in Europe. We will be contributing our experience in the construction phase in the realization of shop drawings and construction drawings in a 100% BIM work environment. Quite a challenge that our team is ready to undertake.

At Deltana we are specialized in supporting the Technical Office of Work in their day-to-day tasks, such as the production of shop drawings, Bar Bending Schedule (BBS), justifying technical notes, measurements of work units or document management on Aconex-type platforms.