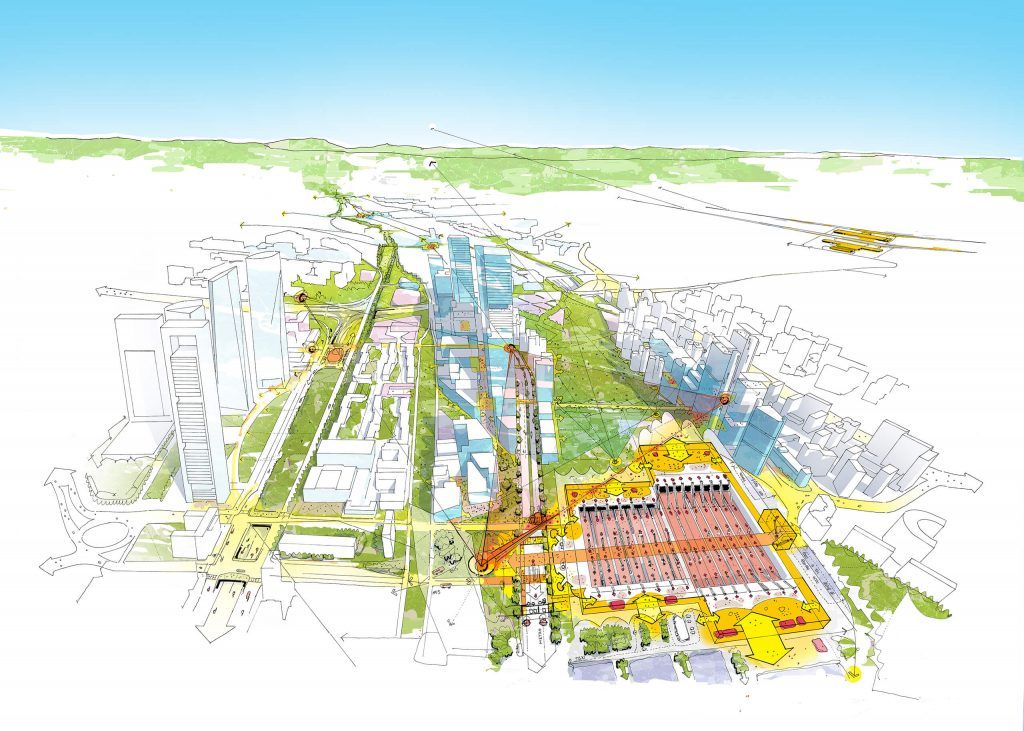 Adif puts out to tender the expansion and remodeling of the Chamartín station, in Madrid for 250 million, which includes adding more tracks

The Adif Board of Directors has authorized the tender for the expansion of the Chamartín station for 250 million euros. It is estimated a duration of 60 months for the execution of the works which contemplate expanding and completely remodeling the lobby and building four more lanes for high-speed traffic. The station will thus have a total of 25 tracks, compared to the current 21, twelve of them for standard gauge circulations. The expansion will be an operation prior to the comprehensive remodeling that will include the station and its urban environment. The design is undergoing an international competition process currently underway.

The project aims to adapt the station to the increase in traffic expected by the upcoming commissioning of new sections of the high-speed network, such as the standard gauge tunnel that will connect it with the Madrid Puerta de Atocha station. It will also influence the liberalization of passenger transport by rail. During the works it is planned to keep the station in service. The contract includes other complementary actions, such as the construction of an underground connection with the Cercanías lobby and with the Madrid Metro. Chamartín will be the station from which the planned high-speed network connection with Barajas airport will depart.

The standard gauge tunnel that will connect these two Madrid stations will allow the articulation of a single and transversal high-speed network. Like the circulations of the South and Levante corridors, they are directed and stationed in Chamartín, and can have continuity towards the North and Northwest, and vice versa.

At Deltana Engineering we are attentive to this project to collaborate since we have extensive experience in similar projects both in the design phase and in their execution, in matters of BIM modeling, measurements, shop drawings, calculation of temporary works, etc.